These fluffy rolls with cinnamon swirls and a refreshing frosting on top. How much better can it get? This is the best Cinnamon Rolls recipe out there, which can also be made vegan by simply substituting a couple of ingredients and they turn out as tasty as in the original recipe. I am generally a big fan of cinnamon and almost top anything sweet with it. I add it to my porridges, to yogurts, to my pancakes etc. I really hope you are too! If yes, then you are on the perfect spot here to give it a try!

American Cinnamon Rolls from Cinnabon are so popular and loved. Honestly, I have never had them, but when it comes to pastries and baked goods I always prefer homemade goods and homemade cinnamon rolls. The best part about it is, that this easy cinnamon rolls recipe is made super fast and there are not many ingredients needed! I’ll take you along the steps and ingredients that are important to highlight in this recipe in order to make the perfect fluffy cinnamon buns. 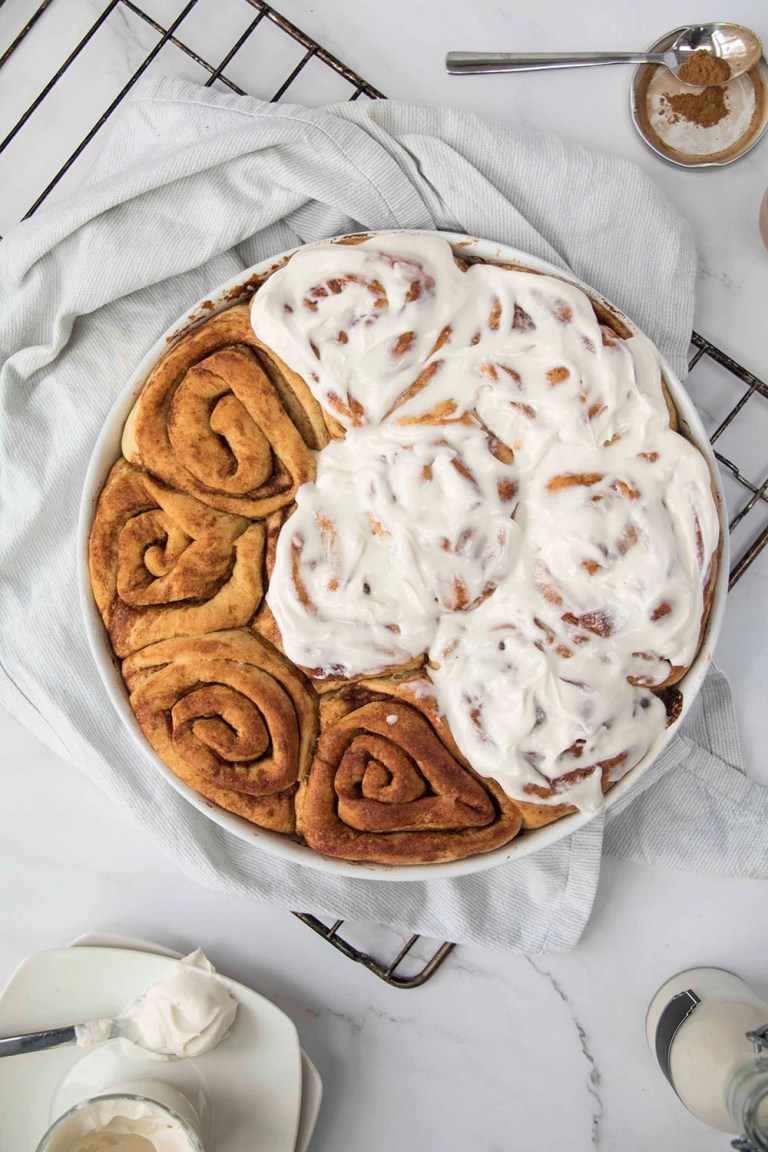 I’m a passionate self-taught baker and my baking story began when I was a little kid…
Find out more about me here.